Back to Top
arrow_upward

Why Are EV Prices Soaring? 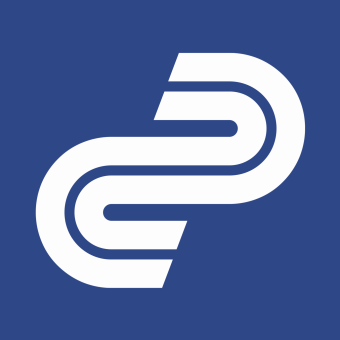 With fuel price hikes showing no signs of stopping anytime soon, more and more people are thinking of swapping out their gas-powered cars for electric vehicles (EVs). So much so that consumer interest in EVs has increased over the past months despite inflation. The only thing stopping most people from buying electric cars is the continuous rise of EV prices despite their high demand.

4 Major Reasons
Why EVs Are Getting More Expensive

With the current state of the global economy, it's not surprising that the prices of essential and non-essential commodities are surging. Electric vehicles are no different. Here are the four reasons why automakers are charging more for their EVs:

EVs cost a lot to manufacture. Ford, for example, is in the process of developing the F-150 Lightning plug-in pickup. The automaker is investing $50 billion to make 2 million EVs per year by 2026.

Although EV parts are expensive, the prices of EV batteries are reaching new heights. The cost of battery packs used in EVs has decreased since 2013, but Standard & Poor predicts that it will climb in 2022 and "remain high" in 2023.

The cost of cathode materials has more than doubled in the last 12 months, accounting for 60-70% of the cost of a pack. Reports show that the costs of battery materials, like lithium, cobalt, and nickel, are surging, forcing automakers to pass on the burden to consumers.

In the first quarter of 2022, the average cost of lithium-ion battery cells increased to $160 per kilowatt-hour. The increase is a result of supply chain interruptions, Russian metal restrictions, and investor speculation.

The microchip or semiconductor shortage has been going on in the automotive industry since the COVID-19 crisis started in 2020. Many microchip producers struggled to get back on track after shutting down some of their manufacturing plants due to the pandemic.

According to an ongoing industry tally from AutoForecast Solutions (AFS), the sector is presently short by more than 2.2 million autos worldwide. AFS estimates that the majority of the cuts are from North American assembly plants.

The shortage drove manufacturers to concentrate their limited semiconductor supply on products with better profit margins, such as mobile phones. Electric vehicles were not a priority.

The chip shortage was one of the reasons why the prices of Tesla cars increased in June. Tesla raised the long-term price of the Model Y from $62,990 to $65,990, citing rising raw material costs and persistent supply problems as its reasons.

The COVID-19 pandemic has a wide-ranging impact on the supply-demand balance involved in EV production. Its effects include manufacturing shutdowns, logistics disruptions, business failures, and a reduction in purchasing power.

According to Charlie Chesbrough, senior economist at Cox Automotive, 30% of all new cars sold in 2021 had a suggested retail price of $50,000 or more.

Luxury models didn't dominate the EV market at the start. The Nissan Leaf was the first widely sold affordable EV in the US. In 2011, it accounted for over 95% of the US electric market. But the trend changed in the years that followed it.

Tesla introduced one of its premium EV models, the Model S luxury sedan. The price for this model starts at $57,400. The Model S quickly surpassed the Leaf as the best-selling electric vehicle. Soon after, Tesla's luxury models, including the Model 3 sedan and Model X SUV, dominated the EV industry.

Meanwhile, other automakers, including Ford, GM, and Honda, as well as startups like Rivian, are pushing high-priced pickup trucks and SUVs into the EV market. Most of them are using larger, more expensive batteries to extend the range of their EVs.

The combination of Tesla's market authority, the rollout of pricey models, and the rise of larger batteries has driven up the average price of EVs.

Proposed legislation to extend consumer tax credits for EV vehicles might not be possible. Some companies assisted by the present $7,500 tax credit, including Tesla and GM, have built enough EV models that their products are no longer qualified for this write-off.

Different states have different EV incentive programs. Consider California, which provides additional tax breaks for EVs and is testing schemes to use electric vehicles as home power sources. While this is great for California residents, drivers in states where such incentives do not exist are at a disadvantage.

The limited tax credits strain car dealerships, which have frequently raised the prices of their vehicles (EVs or not) by imposing large additional dealer markups on their stock.

What's Next For the EV Market?

Despite high EV prices, the government's move to get gasoline-burning engines out of roads and highways in 2030 is still highly possible.

Reports show that the electric vehicle market can still grow despite steep price surges due to high battery prices, chip shortages, and supply issues. EV manufacturers experienced a record-breaking first quarter in 2022, with sales exceeding even the most optimistic forecasts despite price increases.

However, there is no guarantee that this trend will continue. Problems like the shortage in lithium getting worse can break the momentum.

Diversifying supply so that EVs are not solely relying on lithium is a critical step. After all, EV batteries can also utilize iron and other metals.

High prices can discourage many people from switching from a gas-powered car to an EV. To avoid this, the government needs automakers to follow through on their pledge to release more reasonably priced EV models by the end of the decade.

Whether you're planning to buy an EV or you're just curious about the latest trend in the industry, the following price comparisons would give you helpful insights into the market.

Here are some prices for some of Tesla's most popular models like the Tesla Model 3, Model S, Model X, and Model Y as of June 2022.

In March 2022, Rivian announced that the entry price for its two quad motor vehicles have increased.

For over 20 years, CarParts.com has been a leader in the e-commerce automotive aftermarket, providing collision, engine, and performance parts and accessories. With over 50 million parts delivered, we've helped everyday drivers across the contiguous United States find the right parts to keep their vehicles on the road.

With a focus on the end-to-end customer experience, we've designed our website and sourcing network to simplify the way drivers get the parts they need. Our vehicle selector and easy-to-navigate, mobile-friendly website offer customers guaranteed fitment and a convenient online shopping experience. And with our own wide distribution network, we bring the very best brands and manufacturers directly to consumer hands, cutting out all the brick-and-mortar supply chain costs to provide quality parts at a discount for our loyal customers. Combined with our 90-day return policy and satisfaction guarantee, CarParts.com makes it simple for customers to get parts delivered straight to their door. CarParts.com is headquartered in Torrance, California.

BE PART OF OUR COMMUNITY: Share your knowledge & help fellow drivers Join Now
Join our VIP List and Save 10% Now Get exclusive CarParts.com deals and coupons straight to your inbox! Click Here Click Here
Get $30 OFF Everything For each friend you refer to CarParts.com Refer Now
The Best Auto Parts Deals Best discounts on replacement and performance auto parts Shop Now
Follow Us @CarPartscom