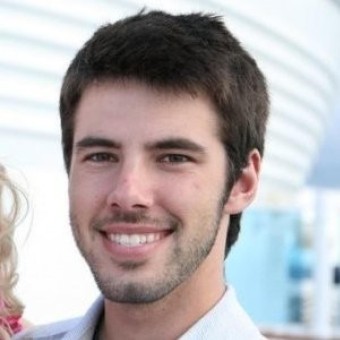 Because you notice that your check engine light is on all of a sudden, you plug in your scan tool into the OBD-II port to check what the issue is. Turns out, the P0455 code has been stored. While you may be looking at a potential gas cap issue, you’re not dismissing the fact that there may be another problem causing this trouble code to set. What does this code mean and what problems could be causing it? Could you still drive with a code P0455 present? Answer all these questions and more with this quick guide.

Users have reported code P0455 for the following makes: Chevrolet (especially on a Chevy Silverado), Dodge, Ford, Jeep, and Nissan.

Note: The definition of trouble code P0455 may be different depending on the vehicle manufacturer. Consult the appropriate repair manual or repair database for the exact code definition.

What Is an EVAP System and How Does It Work?

Okay, that’s great. But you’re probably wondering: what’s an EVAP system? Basically, it’s a collection of components that work together to prevent fuel vapors from escaping into the atmosphere.

Basic (non-enhanced) EVAP systems were first introduced in the 1970s. In 1996, automakers began fitting new vehicles with enhanced systems that can detect a leak, then set a code, such as P0455.

The system creates a sealed environment designed to capture, store, and purge volatile fuel vapors from the fuel system.

When the engine is off, fuel vapors are stored in the charcoal canister, rather than being allowed to escape into the atmosphere.

Once the engine is running and the appropriate conditions are met, the purge valve opens to allow the vapors to enter the engine, where they are burned during the normal combustion process. The vent valve, which allows fresh air to enter the charcoal canister, is usually open unless the system is running one of its self-tests.

Your engine control module (ECM) controls both the purge and vent valves via electronic solenoids. The ECM also monitors EVAP system operation, checking for leaks and other issues.

To ensure that the EVAP system is working properly, the ECM performs fuel vapor leak tests. These tests may occur when your vehicle is parked (the engine is switched off) or while it’s running.

During these vapor leak tests, the ECM sends a signal to close the vent and purge control valves. After that, the ECM monitors the entire system for pressure changes or vacuum loss. The ECM then stores codes depending on the potential size of the leak. Large leaks are recorded as code P0455, while small leaks are recorded as P0456.

What are the Possible Causes of the P0455 Code?

Wondering what’s causing the issue? Here are some of the possible reasons why you’re getting this OBD-II code:

What are the Common Symptoms of the P0455 Code?

While many trouble codes have several noticeable symptoms, for some, an activated check engine light may be the only indication. As for the P0455 trouble code, you may notice the following symptoms:

How to Diagnose the P0455 Code

When trying to diagnose a P0455 code, the first thing a layperson should do is make sure the gas cap is on tight. A loose or faulty gas cap can easily trigger the code. If tightening the gas cap doesn’t work, you may want to try purchasing and installing a new gas cap, since doing so is cheap and easy.

Keep in mind: once you’ve tightened or replaced the gas cap, you’ll have to clear the code with a code reader or scan tool afterward. The code won’t immediately go away on its own.

If the gas cap doesn’t solve the problem, you’ll need to dig further. There are numerous potential causes for OBD-II code P0455. As such, diagnosis can be difficult. For an idea of how to troubleshoot the code, check out the videos below:

As mentioned, there are multiple possible reasons why code P0455 gets activated in your car, which means the only way to fix the issue is to look for the parts that are contributing to the problem and either repair or replace them. If your gas cap was left open, secure it, and see if that fixes the issue. However, this may not be effective in other cases. For some, gas cap replacement is the only solution. If replacing the gas cap doesn’t fix it, replacing damaged EVAP system tubes and hoses may be the answer.

Keep in mind that all vehicles are different, so it’s extremely important that you only follow factory repair information for your application. It’s best to have a mechanic work on advanced repairs, but if you want to fix the code yourself, you may consider getting a repair manual, such as Chilton or ALLDATA to get detailed repair information.

Other Notes About Code P0455

Aside from the symptoms listed above (i.e., activated check engine light and slight fuel smell), there may be no other noticeable symptoms for the P0455 trouble code. As such, this code may not be considered severe. Note that fuel economy issues may arise as a result of fuel vapor leaks. And so, like other diagnostic trouble codes, P0455 should be addressed immediately to avoid potential fuel mileage problems and other complications concerning the emission control system and other vehicle components.

Also, an evaporative emission control system leak doesn’t only pollute the air while the vehicle is running. Harmful evaporative emissions can be released into the atmosphere 24/7 from a hole as small as a pinprick. This is why it’s important to consult a licensed mechanic when faced with a P0455 engine code as soon as you have ruled out a gas cap issue.

Guides & features that can help you extend the service life of your car delivered straight to your inbox.

Awesome info, i have a 2017 ford focus that has a recall for FUEL TANK DEFORMATION, i have an appoint for tomorrow at Ford dealer to check that out, and amazingly last night check engine went on, when i read the code the P0455 showed up. After reading the article i saw that the check engine light may come from the fuel tank deformation on my Focus. Luckily tomorrow i will get that checked at the dealer.

Many thanks for the info, VERY useful.