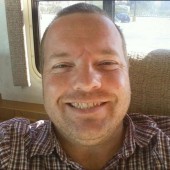 Many drivers simply can’t live without air conditioning, especially on a hot summer day. If you’re one of those drivers, then having a busted A/C probably sounds like the worst thing (maybe even worse than gridlock traffic) that could happen to you on your daily commutes.

That’s why it’s essential you know how to diagnose this component when it fails.

How to Tell if Your A/C Condenser is Bad

When the A/C condenser begins to fail, it will manifest certain symptoms that you should be able to spot. The trouble is that many of these signs also present themselves with other malfunctioning parts.

To figure out if you have a bad A/C condenser on your hands, look for the following signs:

Symptom #1: Air conditioning isn’t as cold as it should be.

A reduction in cooling is your first sign that something isn’t right. If there’s damage to the condenser in any way, the refrigerant flow may be restricted. It’s also possible for the condenser fins to become damaged or obstructed, thereby reducing the performance of both the condenser and the entire A/C system.

Finally, if the condenser develops leaks, that can lead to a low refrigerant charge and poor A/C performance.

As was mentioned above, the A/C condenser can develop leaks. Most of the time you won’t see these leaks unless you look very closely. If at some point in the car’s life, trace dye has been added to the A/C system, the leak will appear bright green in color (always pay attention to the color of the fluid leaking from your car, as vehicle fluids come in various colors).

Otherwise, without dye in the system, all you’re likely to see is a faint outline of refrigerant oil.

When the condenser isn’t operating correctly, the pressures in your system may remain too high. The vehicle automatically shuts down the system when this happens to prevent further damage.

Also, if the condenser is leaking, the refrigerant charge may become low enough that the A/C doesn’t work at all.

How Does an A/C Condenser Work?

The condenser, as its name suggests, turns gas or vapor into liquid. In a vehicle’s A/C system, this means that it cools the gaseous refrigerant and changes it into a liquid as it prepares to move to the accumulator.

Parts of the A/C System

While the condenser is vital to normal A/C operation, there are actually five other components that work together in complete harmony to ensure that the system performs optimally. This is why, when a customer brings their car to the dealership, they wouldn’t immediately know why the air conditioning isn’t working as the different parts within the system typically present the same symptoms when failing.

As previously mentioned, the condenser cools refrigerant gas and turns it back into its liquid form. Made up of a series of tubes, it resembles the radiator and can usually be found right in front of it.

First we have the compressor, which is the most important part. It’s responsible for pressurizing the air and moving it to the condenser.

On cars with a thermal expansion valve, you will also find a receiver/dryer. Its main job is to separate the liquid and the gas. A compressor is ruined if liquid makes its way inside, so this piece of equipment removes all moisture using dessicant (like those bead-filled packets you find when buying electronics).

Any vehicle with an orifice tube tends to have an accumulator. This component controls and monitors how much refrigerant makes its way to the evaporator. It’s also in charge of storing the refrigerant, removing moisture and filtering debris.

The thermal expansion valve or orifice tube is found between the condenser and the evaporator. These parts monitor pressure and temperature within the A/C system. They also calculate how much refrigerant can move to the evaporator.

The final part of a car air conditioning system is the evaporator. It’s located directly behind the dashboard. The evaporator is responsible for cooling the air with refrigerant prior to it reaching the cabin.

How to Deal with Bad A/C Condenser

Anyone that’s dealt with automotive air conditioning issues knows that troubleshooting and repair can become expensive quickly. As a dealership mechanic, I’ve seen many drivers spend hundreds of dollars for diagnostics and repair, none of which made them happy.

Still, it’s imperative to everyone that the AC works properly, and most people just suck it up and pay the bill. If you are mechanically inclined, it isn’t too difficult to troubleshoot and diagnose your A/C condenser, and repair the problem yourself.

I am a mechanic and learned about AC systems during my apprenticeship at school. This article made me have flashbacks about my AC modules. So I proceeded with confidence and repaired my system.
Thank you
B.VDK

0
Reply
Recommended
Features
May 23, 2022
What Does GCWR Mean? See Sample Computation
May 23, 2022
What Is a Car Defroster and How Does It Work?
May 23, 2022
How to Spot and Prevent a Corroded Car Battery
May 23, 2022
Symptoms of a Bad Timing Belt Tensioner and FAQ
May 20, 2022
What Size is a Spark Plug Socket? See Table with Socket Sizes
Features
May 20, 2022
SLA Battery Guide: Definition, Types, Charging, & FAQ
Join our VIP List and Save 10% Now Get exclusive CarParts.com deals and coupons straight to your inbox! Click Here Click Here
Get $30 OFF Everything For each friend you refer to CarParts.com Refer Now
The Best Auto Parts Deals Best discounts on replacement and performance auto parts Shop Now
wpDiscuz
Follow Us @CarPartscom