Detroit is Winding Down Cars and Betting Big on Light Trucks: The Art of Short-Term Thinking 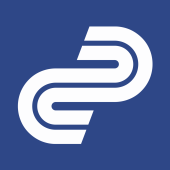 Detroit automakers have announced plans for stopping production of most car models over the next few years.

By 2021, the Big Three will offer U.S. consumers fewer than seven car models, less than one-fifth the number they produced during 2011.

By focusing on light trucks, Detroit is doubling down on its most profitable and fastest growing sales segment in the U.S.

The Big Three will almost exclusively focus on the light truck market, where it has established its largest share and from which it has generated almost all of its profits in recent years.

First, Detroit’s light truck strategy might be at odds with the changing age mix of vehicle buyers in the U.S. Baby Boomers, once the heart and soul of the new vehicle market in the U.S., are being replaced rapidly by younger generations of car buyers, particularly Millennials (Americans born between 1980 and 2000).

Third, shifting economic conditions and spiking gas prices have, in the past, caused sudden and dramatic changes in the auto buying habits of Americans. For example, light trucks fell sharply in sales share following the 2008 Recession.

Once thought to be unenthused about vehicle ownership, Millennials are now cranking up their auto purchases.

Five years ago, Millennials accounted for about 25% of new vehicles purchased in the U.S. but by 2020 Millennials will be the largest new vehicle buyer group, replacing Baby Boomers.

First, Millennial buyers generally prefer cars over light trucks. While eight of the top ten vehicle models purchased by Baby Boomers are light trucks, the opposite is true among Millennials, who have only three truck models in their top ten buying list.

Second, Millennial buyers want to spend less per vehicle than Baby Boomers. Millennials also want low cost of ownership. Cars deliver on both of these issues. They are cheaper than light trucks among entry level models, and they average greater fuel efficiency.

Third, Millennial buyers generally keep new vehicles for a shorter time than Baby Boomers. This means they will be returning to the new vehicle marketplace more often than Boomers, redoubling their impact on the new auto market.

Fourth, environmental concerns have a stronger impact on Millennials’ new vehicle selections than they do among Baby Boomers.

The Big Three could be making a pennywise and pound foolish blunder by shifting their production almost exclusively to light trucks over the next few years.

Not only could this be a fateful decision, it is one that cannot easily be reversed, since it would take years for Detroit to reintroduce cars into their production lines. In the fast-moving vehicle market, that is a lifetime.

No one can blame the Big Three for chasing profits. That is their mission. Nevertheless, they must keep an eye on the future, especially consumer buying trends. The failure to do so could put the Big Three in dire straits in the not-too-distant future, possibly unable to meet changing consumer demands in the vehicle market.