A Comprehensive Guide to Valve Lash 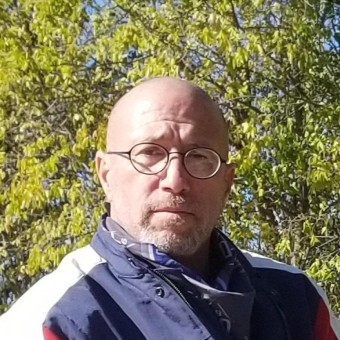 What’s the first thing that comes to mind when you hear the term “valve lash”? While it’s related to the valves inside your vehicle’s internal combustion engine, it’s not an engine part or component.

Valve lash is an empty space that plays a critical role in making sure the engine runs smoothly. If the lash changes or is set incorrectly, the engine can develop various problems that require costly repair. Read on and learn more about valve lash to know how to take better care of your ride.

What Is Valve Lash?

Valve lash is the gap between the engine’s valve train components. . The technical jargon for it is “valve clearance”.

Exactly how much valve lash is acceptable will vary depending on the engine. You can find the specification for your application in a repair manual or an online repair database.

The Importance of Valve Lash

Your vehicle’s engine is made up of various parts that work together to quickly and efficiently meet the load required. For the engine to run smoothly, its intake and exhaust valves must open and close at the right moment. The valves must also stay in the open or close position for the right period.

However, the very nature of the engine’s operation raises the temperature of its various parts despite the best efforts of the cooling system. And when metal gets hot, it expands in size.

Valve lash makes sure that the camshaft lobe gets the widest amount of valve opening at its high point. It compensates for thermal expansion by keeping heated metal parts separate. Otherwise, those parts can damage each other if they come into physical contact.

Additionally, valve lash also ensures that the valve stays tightly closed on the lobe’s low segment. It prevents any leaks that could otherwise reduce engine power and damage other engine parts.

It’s important to point out that valve lash is non-adjustable on some engines. Most engines that have hydraulic lifters have an automatic lash adjustment built-in and, therefore, do not require adjustment. On the other hand, engines with solid lifters typically require periodic lash adjustment.

Consult the vehicle manufacturer’s maintenance schedule, which is usually found in your owner’s manual or supplemental service booklet, to determine if your car requires routine lash adjustment (often listed as a “valve adjustment”).

Over the years, the valve lash can change due to parts wearing out and other issues. However, an improper adjustment can increase or decrease the clearance too much, which will make the problem worse.

Whatever the reason for the incorrectly adjusted valve lash, it can cause the following problems:

Valves that are too loose can create an abnormal ticking or tapping noise. Keep in mind, however, that some noise is normal, especially upon startup.

Too much or too little clearance can cause rough idling. This particular problem often shows up while the engine is warming up.

Too much or too little valve lash can also reduce the amount of power produced by the engine. That’s because intake and exhaust valves with incorrect lash can open and close at the wrong moment and for the wrong amount of time.

The intake valves regulate the timing and duration of the air entering the combustion chamber. They need to operate in sync with the pistons to get the right amount of air for mixing with fuel and burning inside the cylinder.

Meanwhile, the exhaust valves control when the gasses burned inside the engine can go to the exhaust system. They also regulate the amount of exhaust gasses that leave at any given time.

These valves need precise timing. Otherwise, the engine won’t burn fuel efficiently, leading to reduced power and other performance problems.  In some cases, the check engine light might also illuminate.

When the valve lash is not adjusted correctly, the valves and other engine parts can wear out faster or even get damaged. If there is too much clearance between the valve and its lifter, various parts of the valve can experience shock load and make more noise than usual. This makes an unpleasant sound and can damage the valves.

Conversely, if the valve lash is too tight, the valve can either stay partially open or open earlier than it should. Either way, the high-temperature gasses inside the engine can escape through the partly closed or prematurely opened valve. The high temperatures can damage the valve so badly that it can completely fail.

Some engines require routine valve lash adjustment. If the lash is not adjusted on schedule, it may end up being out of specification.

If the valve lash is excessive on an engine with non-adjustable valve clearance, check the various valve train components for possible wear and damage.

Conversely, the valve lash can shrink. If you notice this on an engine with non-adjustable valve clearance, inspect the valve seat for erosion. When the seat gets worn out, the valve moves higher than it should.

How to Set Valve Lash

Start by determining what kind of lifter is present in your vehicle’s engine. There are two types of valve lifters–solid and hydraulic.

Engines with a hydraulic cam and lifter setup typically do not need valve lash adjustment. The valve lifter’s plunger automatically moves to take up the lash, saving you the trouble of tweaking it by hand.

If your engine uses a solid cam and lifters, make a habit out of inspecting its valve lash in accordance with the vehicle manufacturer’s service schedule. The lash of solid lifters needs frequent manual adjustment to continue operating properly.

Check each valve when it is in its closed position and resting on the base of the cam’s lobes. Measure the valve lash between the appropriate components with a feeler gauge. If the valve lash is too big or small, adjust accordingly. Consult a repair manual or online repair database for the valve lash adjustment procedure for your application.

It’s hard to imagine how a tiny gap between moving parts can make all the difference between a smoothly running engine and an expensive repair job. But valve lash makes a big contribution to your vehicle’s engine performance, so it’s important to identify any lash-related problems and know what to do to fix them.